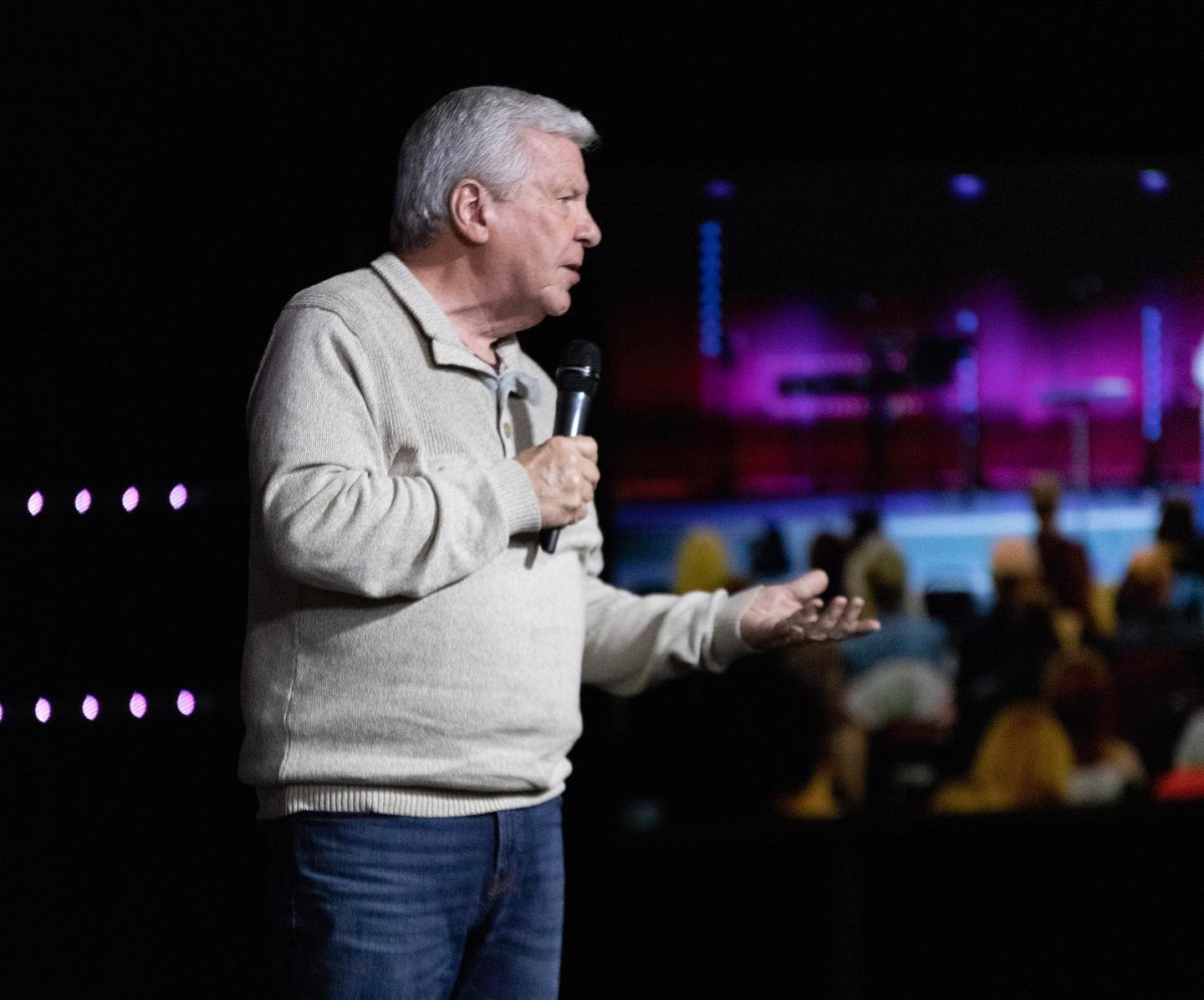 After our cross-Canada “Stand on Guard” tour last fall, Bill felt that this year we would continue to stand on guard for both Canada and internationally. Bill and Jacob embarked on their first international Stand On Guard trip to the United Kingdom from February 9-22/22, ministering in six churches across England and Northern Ireland to declare the message of healing and hope and to see lives transformed.

The United Kingdom carries a rich revival and Christian history, and as we travelled from place to place we sensed the Lord using us to stir up the glowing embers and allow the Holy Spirit to fan a fresh revival fire into flame. We thank God for all that happened in the past that gave us a foundation on which to build the fresh outpouring we were privileged to experience.

The first weekend in Dudley, England was like coming home for Bill. Over twenty years ago a powerful two-month revival broke out as he and Gwen ministered to the congregation of their dear friends Trevor and Sharon Baker, and as Bill and Jacob returned it felt like they simply were continuing what God had started two decades ago. Countless people got healed, touched and empowered by the Spirit. The fire of revival is burning in Dudley!

In Northern Ireland we ministered for three nights in three different churches. Each meeting had its own unique move and moments where the Spirit ministered to each community and brought hope to the people. Northern Ireland has a rich well of revival and Jacob was able to travel with one of the local pastors to some of these sites and pray for a fresh move of God that we believe is coming to Northern Ireland.

From Northern Ireland Bill and Jacob headed back to England to minister with our dear friend Chris Hymus in Doncaster. There was a deep hunger in the room for people that desired to see the Lord move in might and power in their community and we are thankful for every life that was touched and set aflame.

From Doncaster Bill and Jacob traveled to the southern shores of England to conduct meetings in Worthing. Although this was our first time to visit this church we were so warmly received that we felt like we had come home to family. Pastor Drew Kear and the team in Worthing are people who love the Lord! The sense of the presence of God was truly palpable and exciting for us as we ended our UK journey here. People were healed, delivered and filled with joy in each of these meetings.

We are thankful for each of our partners who faithfully cover us in pray and who specifically prayed for us for this ministry trip.

Hope is rising and the fire is burning in the United Kingdom!