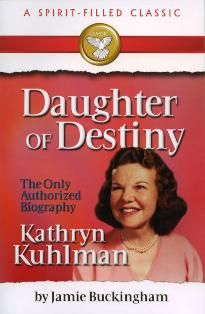 Wherever Kathryn Kuhlman went, people who once thought miracles impossible learned to believe in miracles.  Before she died, she asked only that Jamie Buckingham be allowed to write her official biography - withholding nothing.  Here, then, is the story, not of a plaster saint, but of a very human woman - of marriage and divorce, of betrayal within her own staff, and of the shadowy events surrounding her death.  It is the story of Kathryn Kuhlman that few knew, as she wanted it told - all of it.  It is the story of the redhead from Missouri who became the foremost woman evangelist of the 20th century.